Computer programmers write and test code that allows computer applications and software programs to function properly. They turn the program designs created by software developers and engineers into instructions that a computer can follow. In addition, programmers test newly created applications and programs to ensure that they produce the expected results. If they do not work correctly, computer programmers check the code for mistakes and fix them. Programmers work closely with software developers, and in some businesses their duties overlap. When such overlap occurs, programmers can do work that is typical of developers, such as designing the program. Program design entails planning the software initially, creating models and flowcharts detailing how the code is to be written, writing and debugging code, and designing an application or systems interface. Programmers often use an IDE, which allows them to create, edit, and test code. A program’s purpose determines the complexity of its computer code. For example, a weather application for a mobile device will require less programming than a social-networking application. Simpler programs can be written in less time. Complex programs, such as computer operating systems, can take a year or more to complete. Software-as-a-service (SaaS), which consists of applications provided through the Internet, is a growing field. Although programmers typically need to rewrite their programs to work on different system platforms, such as Windows or OS X, applications created with SaaS work on all platforms. Accordingly, programmers writing SaaS applications may not have to rewrite as much code as other programmers do and can instead spend more time writing new programs. 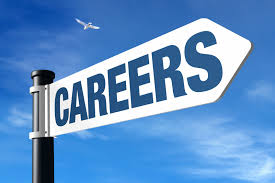